A dizzying sense of displacement 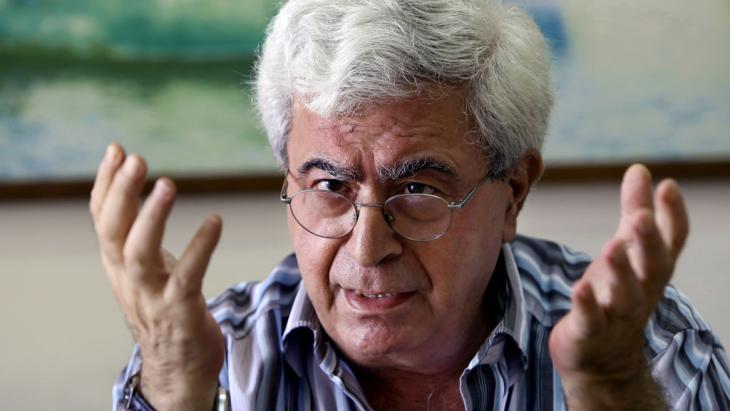 A dizzying sense of displacement

Originally published in Arabic in 2012, ″The Broken Mirrors: Sinalcol″ was only translated into English this year. It contains many of the tropes that Elias Khoury readers will find familiar: shifting perspectives, an unreliable narrator, obscured memories, uncertain truths, and reflections upon narration. Nahrain al-Mousawi has read the book

Conveying a momentum of lulled and re-awakened chaos, ″The Broken Mirrors: Sinalcol″ looks back at life during Lebanon′s long civil war. The instability of the everyday is reflected in the disorder and episodism of the novel′s structure. Not confined to the linear, the narrative shifts about in time and out of place, reflecting the civil war′s dizzying sense of displacement in its bounding stories.

The novel opens at the end of the story wherein Karim, a middle-aged doctor, is leaving Beirut. He has just celebrated his 40th birthday alone, even though the French wife he left behind in Montpellier asked him to return in time to celebrate his birthday with their two daughters. He even stays away from the women with whom he carried on romantic dalliances while away from his wife – his former fiancee Hend, who went on to marry his brother; his mysterious and seductive housekeeper, Ghazala; the wife of the architect commissioned by Karim and his brother, Muna. Throughout, he keeps asking himself why, after all these years, he left France and returned to Lebanon to ″re-open … old accounts and recover the shadows of that past.″

Although Karim has convinced his wife – and perhaps himself – that he returned to build a hospital along with his brother Nasim, what lurks from his recollections is the shadowy figure, the ″phantom″ of a man he once knew, Sinalcol. But in line with the narrator′s unreliable memory and the uncertain truths it produces, Sinalcol′s identity shifts throughout the novel: he is Karim′s alter-ego, a legendary fighter and, at the same time, a petty criminal who preys on Beirut′s segregated residents, ″a ghost woven out of people′s words.″

Did Karim return to Beirut to track down this mysterious ″phantom″ of the civil war, or did he return to build a hospital? Much of the narrator′s anxieties suggest his return stems from a midlife crisis that reveals homesickness, nostalgia, a regretful look back at his young life in Beirut, and perhaps even temporary escape from his Orientalist French wife who castigates him for his ″uncivilized″, ″Arab″ ways when they are in disagreement.

Once a candidate for the Nobel Prize, it could be suggested that Khoury is simply continuing his oeuvre′s narrative inquiry, wherein plots play out against the civil war and political upheaval of his native Lebanon. But in fact, there is something so ordinary and commonplace about this homesickness and the desires it produces – among which are the affairs he conducts to divert his attention from the anxiety at the heart of his nostalgia – that to call this a civil war novel is to miss the point. 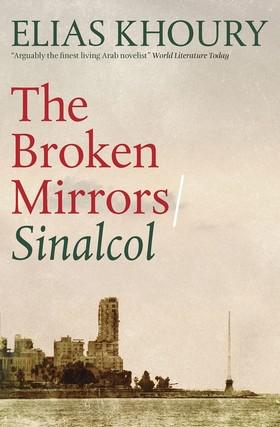 Khoury: ″I don′t think the civil war has ended. What′s happening in Syria shows the decomposition of the old nationalist, fascist system in the Arab world. The questions of Islamic fundamentalism and the despotism of the state are becoming a major problem for us and the world. Maybe our civil war was the rehearsal″

Certainly Khoury does explore the effect Lebanon′s extraordinary cycles of violence and sense of displacement and loss have on his characters – Karim joined the underground leftist movements in support of the Palestinians, while his brother became a reactionary Phalangist. And indeed from Karim′s memory emerge stories about key figures of his leftist circle – activists, militants, and revolutionaries consumed in debate or violent conflict.

But it is the ordinariness of the characters′ lives that is at the centre of the protagonist′s journey back home – the characters cannot be reduced to war victims and survivors, because they are also failed fathers, feuding brothers, lost lovers, and homesick expatriates. In fact, Karim′s father says, the Lebanese have ″made a Wailing Wall out of the war to justify men′s villainy, their cowardice, and their inability to understand the tangled inner jungle in which dwelt their minds and souls, and this rendered them incapable of understanding their actions.″

The characters are far from pristine archetypes – their flaws are teased out and explored by the protagonist as he lays bare his own. The ″Trinity″ that was Karim′s family growing up – he himself, his brother Nasim, and his father Nasri – was tensely and guardedly maintained by his father who made sure never to remarry after his wife′s death, preferring instead to carry on bizarre sexual pursuits. In middle age, Karim′s sexual appetite and exploits begin to mirror his father′s. As Karim describes in detail his sexual exploits with Ghazala and Muna, as well as his lingering desire for his former fiancee, Hend, he reveals a tired, ageing man, grasping for a desire that accelerates when recollections of his youth come flooding back. Moreover, as he cheats on his wife, he claims he feels ″choked up″ in French, and indicates that his wife, not having shared his traumatic past, is somewhat to blame for his adultery, as she will never be someone with whom he can be truly intimate. He is ultimately left more fatigued, confused, and forlorn as he tries to understand how these relationships ″had taken shape in the midst of the dust of Beirut″ – the dust, the debris, the fall-out of the civil war.

Indeed Khoury stated in a recent interview that the civil war isn′t past, that it continues to this very day. ″I don′t think the civil war has ended. What′s happening in Syria shows the decomposition of the old nationalist, fascist system in the Arab world. The questions of Islamic fundamentalism and the despotism of the state are becoming a major problem for us and the world. Maybe our civil war was the rehearsal.″

Karim, however, struggles as much with his memory of war-torn Beirut, as he does with locating the ghostly figure of the fighter Sinalcol – revealing it to be equally a part of the past that he can′t gather reliably, as of the present that he simultaneously pursues and escapes. The narrative inquiry into remembering and forgetting continues extends to his exploration of urban Beirut, currently undergoing serious post-civil war reconstruction: a means of putting the past behind its inhabitants, but also a sly reminder of the phantom bullet-pockmarked buildings that once stood there.