An author and his doubles 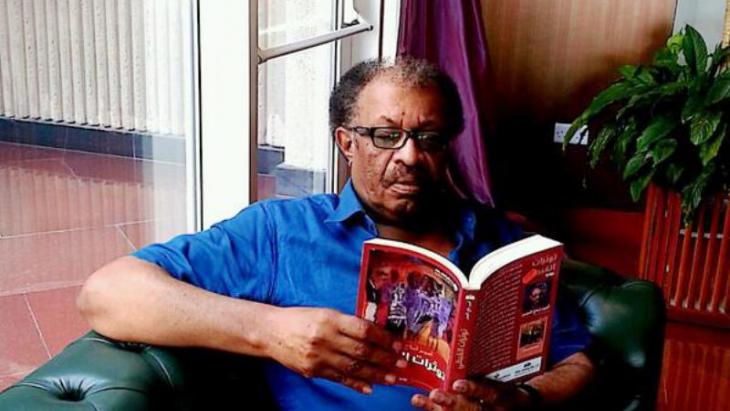 An author and his doubles

Published in English translation in June 2015, Telepathy is an exercise in alienation characterised by metafictional themes and double identities. Yet does the collapse of reality live up to its promise? Nahrain al-Mousawi read the book

In Amir Tag Elsir′s Telepathy, a writer discovers the novel he had just published is based on a real person living in the same city, Khartoum. The novel, ′Hunger′s Hopes′, turns out to be a biography, a literary work based on real-life events, which he presumes were telepathically conveyed by Nishan Hamza Nishan – who turns out to be the name of his novel′s protagonist.

Since his protagonist in ‘Hunger′s Hopes’ has cancer with ″no hope of a cure″, the narrator feels responsible in equipping the real-life Nishan – schizophrenic, poor and loveless – with ″a better destiny than the one [the narrator] had granted him in the text.″ The novel takes up the line of inquiry: to what extent are authors accountable for their body of work after it is published? Are they responsible for its social impact?

The narrator spends the rest of the novel trying both to evade and save his real-life protagonist and discover the details of how this story was conveyed to him by a man he had never met. He is torn between focusing on his writing, caring for Nishan and pursuing the thread of a myriad of strange events that blur the boundaries between reality and imagination.

Intriguing characters
The writer takes us through the streets of Khartoum and introduces us to a cast of marginal and intriguing characters, including the young and hopeful writer Najma, who seeks the novelist′s advice and hand in marriage; Umm Salama, the woman who had taken care of him as a child and continues to do so as an ageing matriarch; a playwright named Abd AlQawi, aka the Shadow and his mysterious daughter, Linda; and, Hajj Al Bayt, an imam from the slum where Nishan lives. 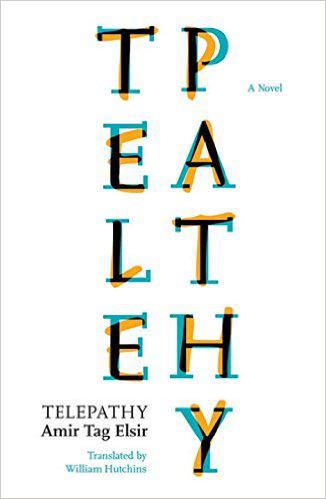 Amir Tag Elsir is a Sudanese writer, born in 1960. He has published 16 books, including novels, biographies and poetry. His novel The Grub Hunter (2010) was shortlisted for the International Prize for Arabic Fiction in 2011 and translated into English and Italian.

The two men – the author and the authored – come from different worlds: the narrator is highly educated, safely lodged in the middle class and comfortably ensconced in a fashionable part of town. Nishan learned how to read and write at an advanced age and lives in a marginal, poor section of the city. Yet slum-dwelling Nishan, with brown teeth and traditional djellaba and turban, appears to be attuned to the self-consciously cultured narrator′s stream of consciousness.

Could this metafictional element signal a doubling at work? Not just a doubling of Nishan – both fictional protagonist in a novel and real person whom the author meets – but the doubling of author and protagonist joined by one consciousness and imagination.
Unrealised potential

Perhaps, but the plot neither explores the possibility of a double further nor the details of this telepathic communication between tremendously different men in an intensely class-stratified society. This telepathic communication between two men with little in common doesn′t produce much beyond an encounter that leaves the author anxious and unsettled.

Even though it seems that their encounter could give rise to hostility, terror, even a sense of possibility in the collapse between reality and imagination, in the uniting of consciences, in a doubling not based on one′s mirror image – in fact the opposite – the plot leaves this potential as unfinished and unexplored as Nishan′s character, who ultimately disappears.

Moreover, neither men are particularly compelling characters, unfortunately. Although it appears that Elsir tried to draw the character of a meticulously isolated but prestigious author, the result is a self-conscious and self-involved man, who appears to be desirable to other characters – but to readers, it never becomes clear how he′s desirable or interesting beyond his status as a well-known writer.

In addition, the narrator′s disdain for his come-to-life protagonist and other marginal characters robs his narrative of empathy and leaves the reader indifferent to the fate of Nishan.

Lost in translation?
Lastly, the trajectory of the narrative hobbles under awkward prose. Take these passages – presumably written by a prestigious author:
What I wanted, quite seriously, was to counteract the arid destiny I had written and attempt to adorn it with some verdure, even if it proved obstinate and insisted on remaining dry.

I wanted to perform what I considered my imperative duty, while stepping away from my career as a novelist whose works are distributed nationally and internationally, in order to be an ordinary person who would sweep his neighbour′s courtyard if he found it dirty, milk a goat for an elderly woman with shaky hands, or carry a small child on his back while crossing a street bristling with traffic accidents.

It is then difficult while reading such painful prose to imagine that the narrator is a talented writer. One wonders if the problem rests with the original prose in Arabic or with the English translation.

Telepathy′s metafictional themes, double identities and collapse of reality altogether hold much promise. After all, Elsir is a prolific, accomplished writer who has authored 16 books. And, his novel The Grub Hunter (2010), translated to English in 2012, was shortlisted for the International Prize for Arabic Fiction in 2011. But Telepathy is ultimately uneven and unfinished – awkwardly conveyed at times, its promise of fascinating inquiries into creativity and responsibility, leaving a vague and discordant impression.